Skip to content
The "Checklist for SDMX Design Projects" is intended for the design and creation of new SDMX artefacts and the management of such a project. The main target audience is SDMX project managers and structural metadata artefact analysts/designers, though it may also be used for capacity building and to build technical knowledge methodically by referring to each phase's details. The checklist references many existing SDMX guidelines and standards material, and is meant as a useful portal to view the context of in which the various SDMX guidelines are used. 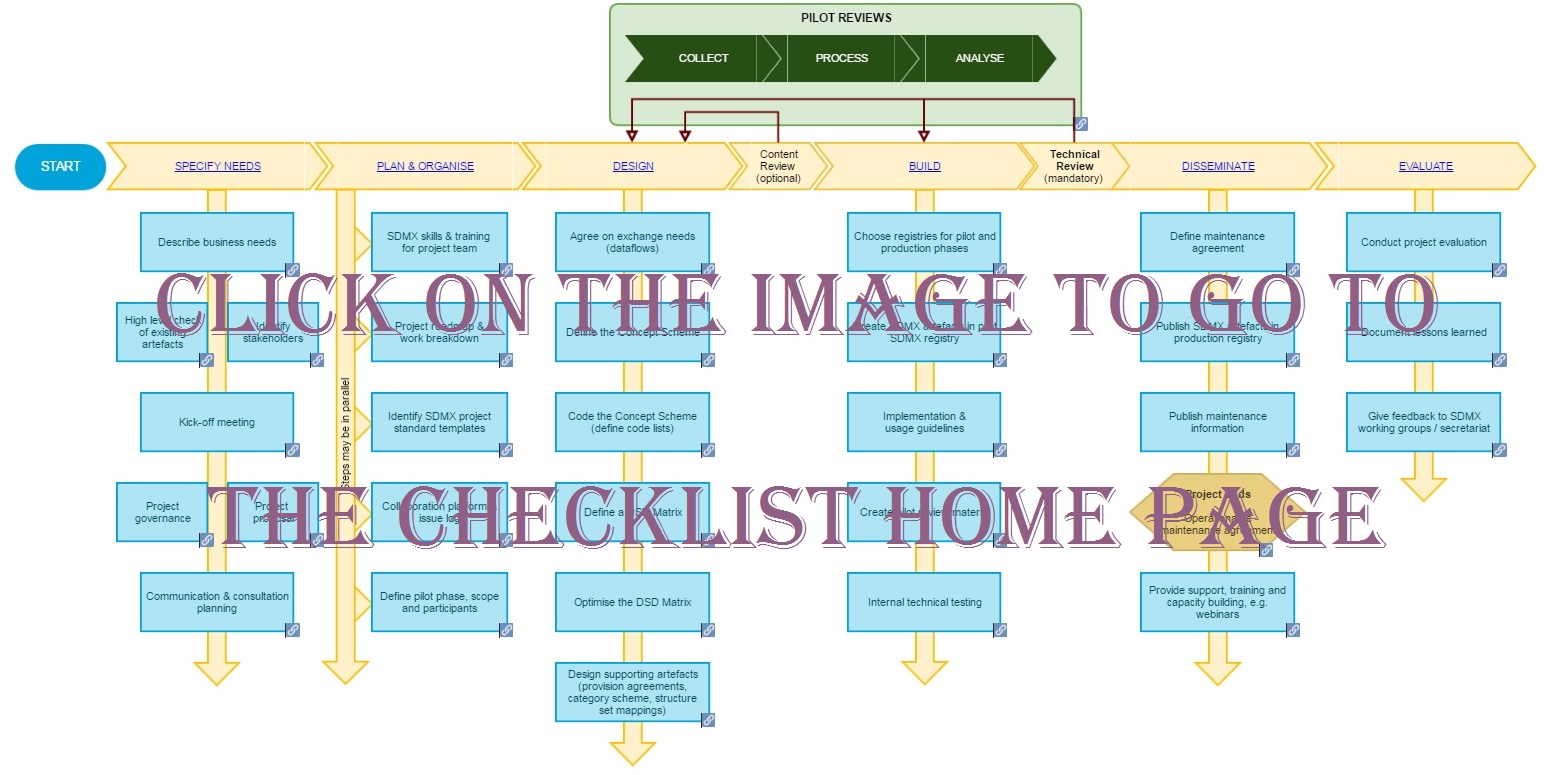 The structure of the checklist is based, to the largest extent possible, on the UNECE Generic Statistical Business Process Model (GSBPM, version 5.0, released in December 2013). The checklist can be viewed: Unless otherwise specified, the presentation of the checklist follows the logical sequence of steps in most SDMX implementation projects. However, the checklist should be applied and interpreted flexibly; it is not a rigid framework in which all steps must be followed in a strict order; instead it identifies all the possible phases of an SDMX design project and the inter-dependencies between them. Importantly, this is not a "waterfall" model: some sub-processes will be revisited a number of times forming iterative loops; for example to fix issues from the pilot phases some re-design is required. Concepts can be added or removed in different loops during the development phase, e.g. in cases where composite dimensions with composite codes need to be decomposed or recomposed. It should be noted that these guidelines do not interfere with general project management frameworks that might be in force locally within organisations. The main tasks described here are those which are specific to an SDMX design project.